As ever, Edfringe was a long, crazy, tiring but fun month.  At the half way mark it seemed that it would never end and that I’d be destined to walk up hill for an hour a day (ok, half an hour, the way home was downhill). But it did and all of a sudden, I was fighting my way onto a train at Waverley and heading back to London.

At the fringe in 2017 I had a solo show and mainly flyered on my own.  I had a lot of wonderful support from family and friends but if I wasn’t there, there was no show.  This year couldn’t have been more different.

The Swell Mob by Flabbergast Theatre was an immersive show with a rotating cast of 30.  Yes 30!  There was a core cast of 10 (of which I was one) who were there for the whole month and then we had 20 other performers who came for shorter stints.  No one was replaced like for like so each time someone left or arrived the show changed.  This meant that the show was constantly evolving and that there was never time to sit on our laurels.

The problem with immersive theatre is the audience.  I don’t mean that in a negative way (more on audiences in a moment) but that even more than in traditional theatre, the audience response is vital.  I had no concerns that we had a show and that all the work we had done on our characters was sufficient, but I must say I was relieved after performance one – we had an audience, we had a show and it worked.

Audiences.  Every performance of The Swell Mob was different.  Every spectator (or participant even) had a unique experience and I believe that every cast member did too.  Thank you to all my family and friends who came to see the show, especially those who thought it "Wasn't really their thing" (Dad) I hugely appreciate it.  People react very differently in an immersive situation.  Overall, audiences were willing and wanting to engage which was great.  Some were terrified but most entered into the spirit of the venture and really got involved.  We had hard core fans who came again and again, determined to meet different characters and crack the show.

Flyering was a joy compared to last year.  People to talk with and share the rebuffs and the successes!  Friends to dance with to the buskers plying their trade and to look at all the food stalls with.  Someone to play with the group on the Silent Disco tour and try to flyer them while they were singing “Can You Feel It”.

We had a great cast of truly talented, creative, wonderful people and it was a joy to play with them all each night (and twice a night on Fridays, Saturdays and Sundays).  Big shout out to director and terrifying cast member Henry Maynard and Flabbergast Theatre for making this happen.  To co-director Jordan Chandler, one of the most beautiful humans, inside and out and to Amée Smith for managing a company of actors and moving parts that must have been like trying to push treacle up a hill.

And to the mob – you guys rock #mobgoals 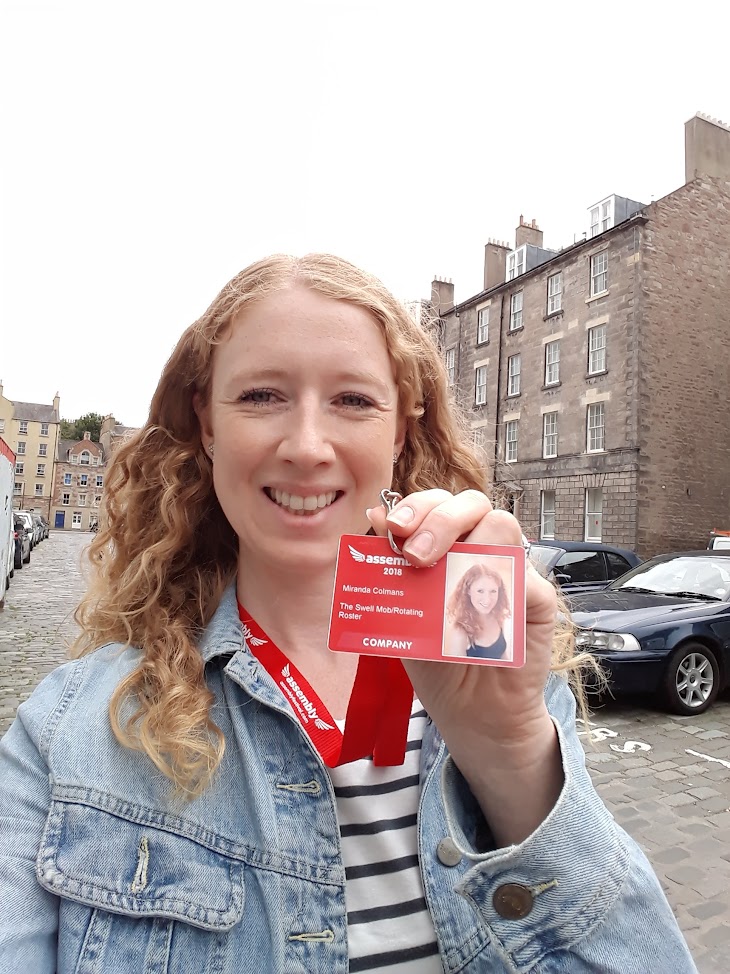 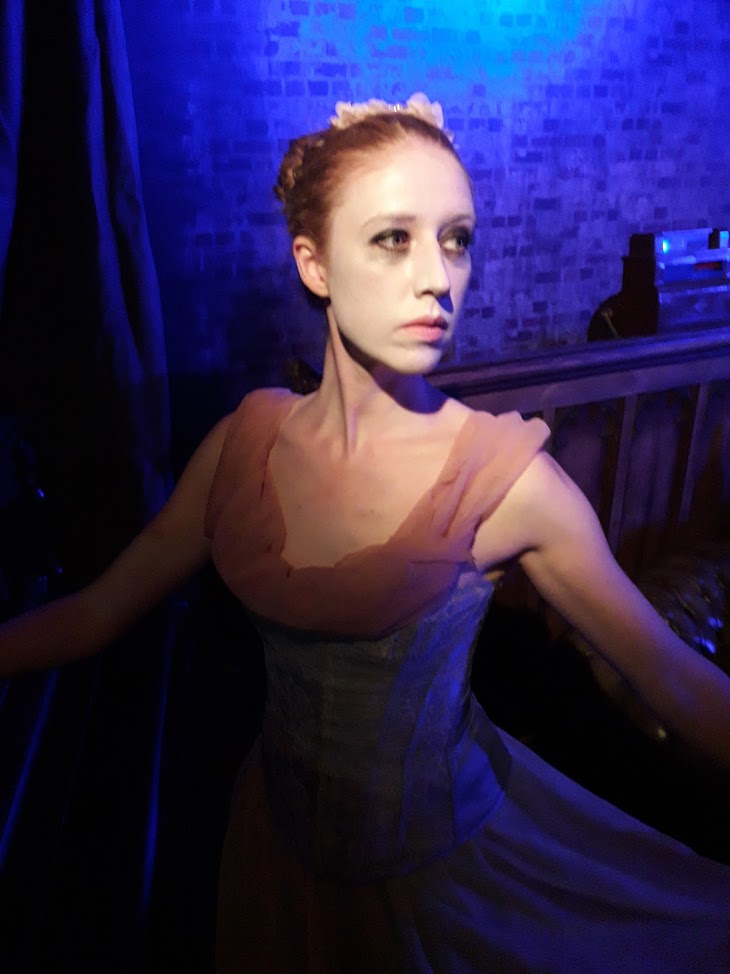 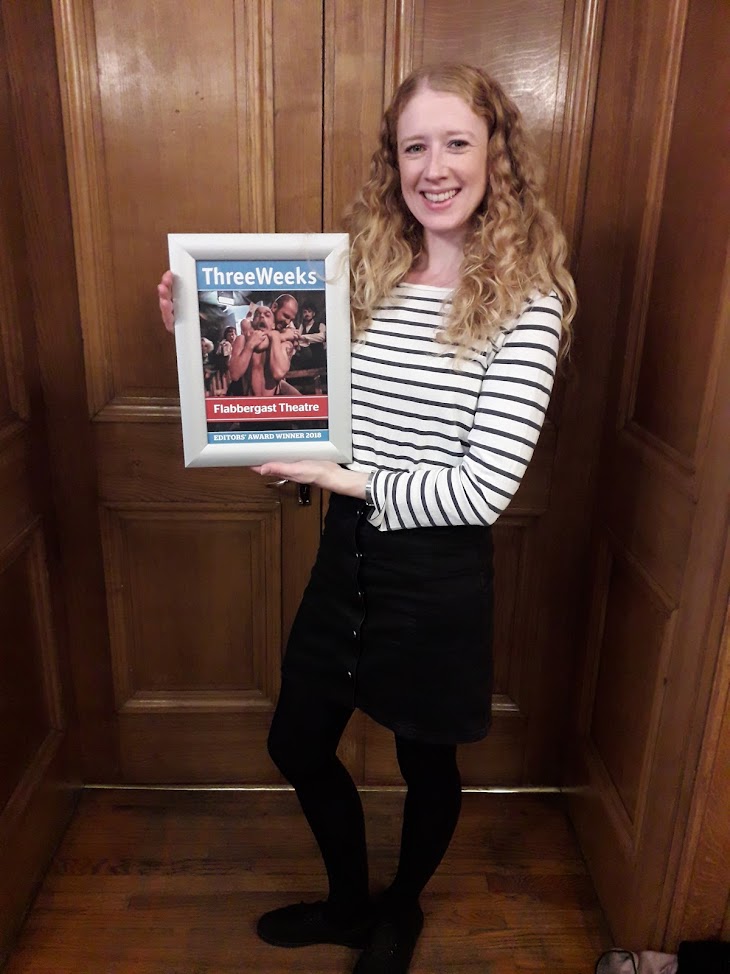 July 30, 2018
“Hi everyone, just to let you know, I’ve been cast in an immersive show and I’m heading off to Edinburgh in August” “Brilliant!”   “Congratulations!”   “Well done!”   “Exciting!” “What is an immersive show?” Ah.   Yes.   Exactly.   What is an immersive show?   After two weeks of R&D I think I can now answer that question. Immersive theatre is the thing at the moment.   With the huge success of companies such as Secret Cinema , dining opportunities like  The Fawlty Towers Dining Experience and the current birthday party phenomenon that is escape rooms – the audience for immersive work is huge.   Audiences are looking for a thrill.   An up-close experience.   Something a little different. My go-to for definitions is usually Google/Wikipedia.   In this case “immersive” is lumped in with “interactive theatre” with Wikipedia saying “... immersive theatre, which brings the audience into the same playing space as the performers, obliterating any walls that separate
Post a Comment
Read more

Awake: Part 1 - The Road to Edinburgh

April 23, 2018
Awake:   Part 1 The Road to Edinburgh By Miranda Colmans January 2017 The January blues hit. Hard.   So much so that my colleagues at my permanent-temp job think that there is something seriously wrong with me.   I’m in a terrible mood a lot of the time.   Something has to change. February 2017 By chance, I see that The Space Theatre are doing a writing challenge “28 Plays in 28 Days”.   It starts the next day.   I sign up without really thinking about it and then wonder what on earth I’ve got myself into.   I’m not a hugely competitive person, however I am a bit OCD which means that once I start something, I like to finish it.   During the month, I write a play each day, in a myriad of styles and genres.   It is stretching and enriching. Taking part gives me the confidence boost I need to take the plunge and apply for a slot at the Edinburgh festival.   So, mid-Feb, mid writing challenge, I apply with little more than a summary and a snazzy tag line – and get a
Post a Comment
Read more